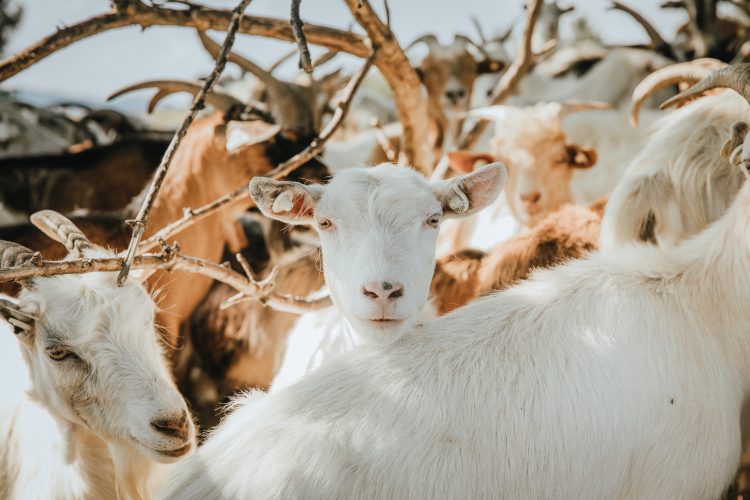 Q.
Ten, twenty years ago, who knew that goats would so dominate – in memes, at yoga, on Zoom. We know they can scream, sprint, hop, and dance. But what do we call this onslaught of goats? What is their collective noun?

A gathering of goats is officially called a ‘trip.’ Make way, make way for the trip of goats doing their best John Travolta strut.

‘Once upon a time there were three billy goats, who were to go up to the hillside to make themselves fat, and the name of all three was “Gruff.”

On the way up was a bridge over a cascading stream they had to cross; and under the bridge lived a great ugly troll , with eyes as big as saucers, and a nose as long as a poker.

So first of all came the youngest Billy Goat Gruff to cross the bridge.

“Who’s that tripping over my bridge?” roared the troll .

“Oh, it is only I, the tiniest Billy Goat Gruff , and I’m going up to the hillside to make myself fat,” said the billy goat, with such a small voice.’

The ‘trip’ of goats might originally stem from the Middle Dutch word ‘trippen’ which means to skip or hop. Goats be …

We learn of this linguistic link through An Unkindness of Ravens. A Book of Collective Nouns by Chloe Rhodes.
• 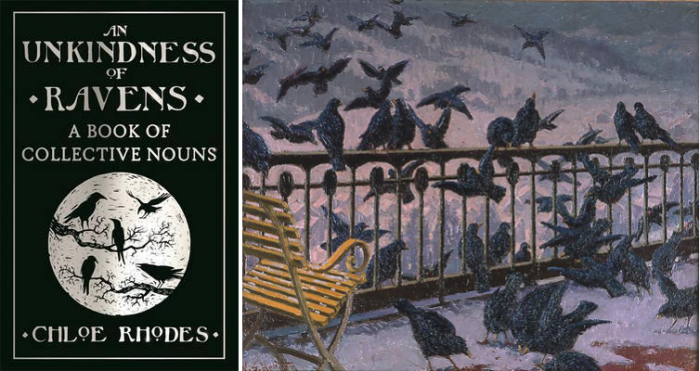 Also interesting is the collective noun for herons. The castle was tempting, but capturing it wasn’t going to be easy. When storming wouldn’t work, medieval armies tried the siege approach.  Stay put, fortify the weaponry, cut off supplies, and wait for the inhabitants to starve and surrender.

The all-legs heron takes a similarly patient approach with its prey. Sit or stand utterly still – bird? What bird? – wait for the fish, crab, worm to happen by, then snap.

It is because of this ‘wait them out’ tactic that herons as a group were assigned ‘siege’ as their collective noun. A siege of herons – or ‘a sege of herons’ as it was written in The Book of Albans, a 1486 hawking, hunting and heraldry guide. In it, Dame Juliana Barnes –  prioress of the Priory of St Mary of Sopwell – included 164 collective names for ‘beasts and fowls.’ 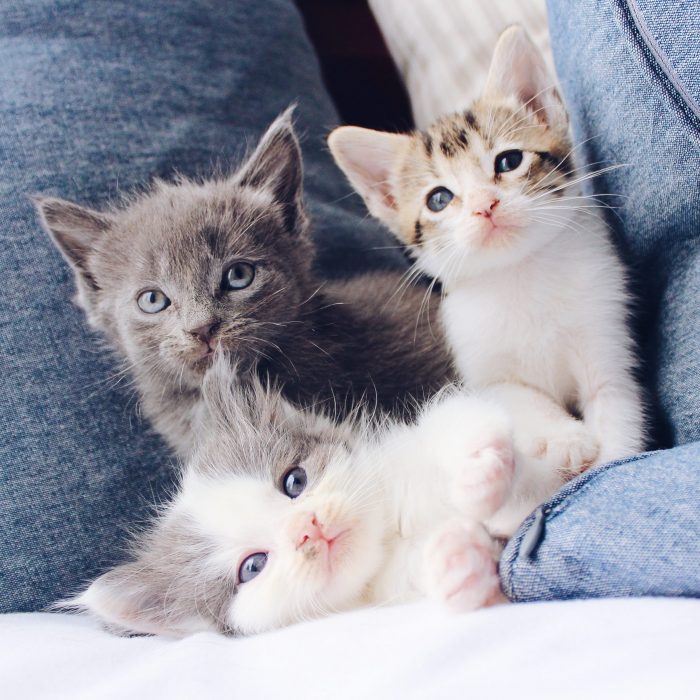 Knowing which collective noun was which –  a dopping of sheldrake, say, versus a kindle of kittens – was seen as a status symbol for ye aristocratic classes. As with our goats and herons, some of these collective nouns reflected the behaviour of their subject animals –  a labour of moles, a turmoil of porpoises, a crash of rhinoceros.

Others reflected assumed traits, behaviours and reactions – an unkindness of ravens, an obstinacy of buffalo, a laughter of hostelers, an incredulity of cuckolds, a drunkship of cobblers.

Artists got in on the collectivizing. A misbelief of painters stems from the degree to which portraitists had to idealize their subjects in order to get paid. In a worship of writers, we see the demand for medieval scribes to fawn over their wealthy patrons.

A pitying of turtle doves, a game of swans, a wandering of tinkers, a damning of jurors – learn more collective nouns and their history in this most interesting of books.