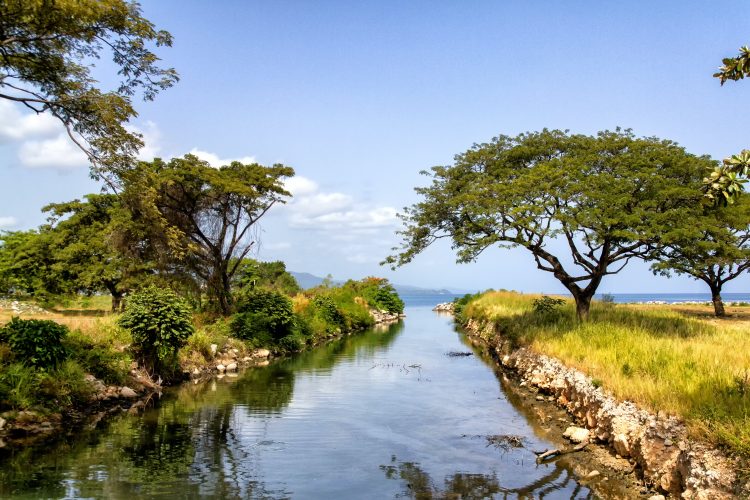 Q.
What is in Jamaican Jerk Spice?

The origins of jerk spice are up for debate. Did it originate with the Taíno peoples? Was it brought in with the African population?

Plenty of companies try to bottle jerk, but it’s hard to replicate that deep, slow favour you get from a good roadside stand. 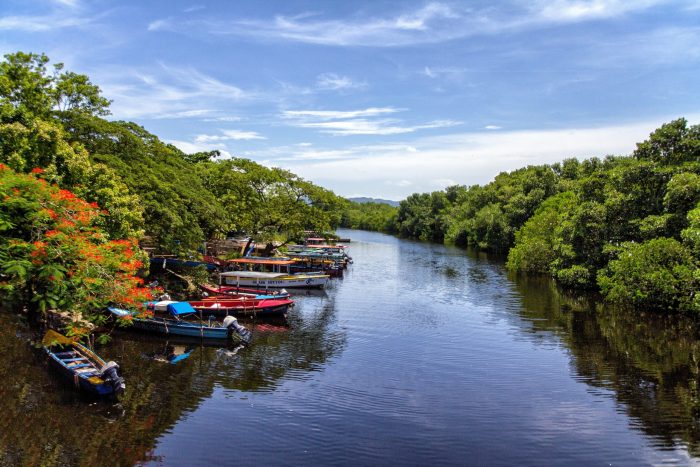 Jamaican cooking is, of course, all about the spices. Perched for quick grabbing above our stove were a series of West Indian recipe booklets and the masking-tape bound, 1964 Spice Cookbook by Avanelle Day and Lillie Stuckey. Creak open the front cover and there was Jo Spier’s illustrated map of the world, with each country defined by its signature spice. Jamaica and Cuba shared Ginger, Allspice and Turmeric.

Allspice
This beloved Jamaican spice ‘played an important part in the era of melodramatic cloak-and-dagger derring-do.’ Pirates like Calico Jack Rackham and Henry Morgan used allspice to preserve their wild pig meat. Contrary to popular belief, allspice isn’t a blend of exotic spices. The berry of the allspice tree is so named because it smells like a mix of cloves, cinnamon and nutmeg.

Bay Leaf
Laurels of this reputedly magic spice have crowned winning athletes, leaders and intellects. Ancient Greeks hung branches on the front doors of the gravely ill to scare away devilish spirits and death. Judicious use of the bay leaf can bring a heady aroma to soups and stews.

Cinnamon
Dubbed ‘the fabulous spice’ in The Spice Cookbook, cinnamon trees are mid-sized evergreens. They are more easily harvested in the rainy season, where the bark is pulled off and rolled into those mulled-wine gracing, hollow sticks. 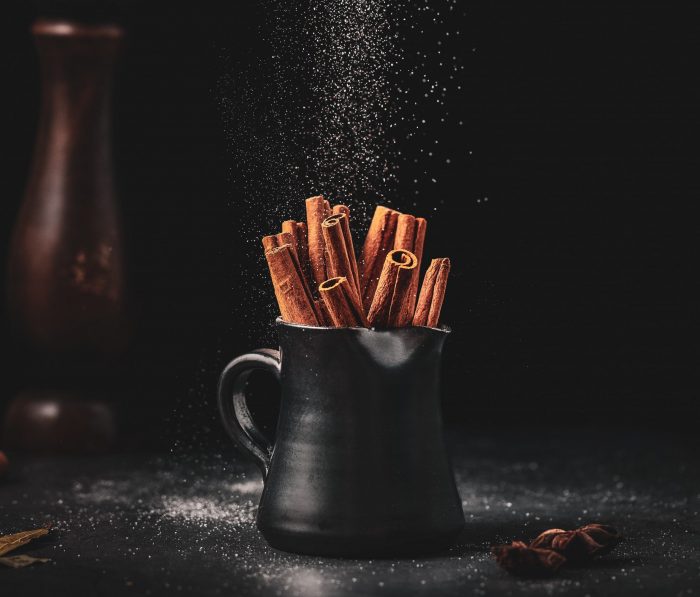 Ginger
Fresh ginger was our go-to root for tummy aches and a key ingredient in the most popular offering at our annual neighbourhood Christmas party – Jamaican rum cake with rum sauce. Perhaps the ginger was the second most popular Christmas cake ingredient.

Mint
This symbol of hospitality was used in early Greece as a ‘a perfume for the arms’ and a bath scent. And those mysterious sprigs Mum had hanging off the kitchen roof? Mint sprigs for bedtime tea.

Turmeric
Now being analyzed for its dementia-fighting properties, turmeric was a key ingredient in the jars of relish and pickles lining the basement. In some cultures, turmeric roots are hidden in charms and kept near newborns to ward away evil spirits.