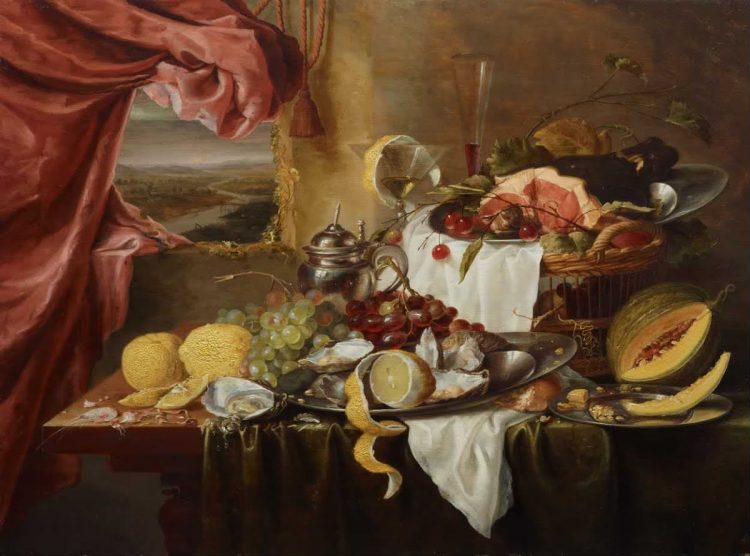 Q.
What are some of the most wicked superstitions people have followed to get more food?

17th Century Shetland has a nominee. The grim Dead Man’s Hand was all too tempting for those looking to bolster their own food stores whilst exacting revenge on know-it-all neighbours.

Step #1: Find the hand of an entombed corpse (I told you it was grim).

Step #2: Before the sun rises, sneak over to said neighbour’s farm and milk one of their prize cows into a container.

Step #3: Mix their milk into the milk of your own cows and pour into a churn.

Once this grisly ritual is complete, the dead hand-waving, milk-stealing neighbour is supposed to reap all the future butter, while the unsuspecting neighbour with the secretly-milked cow will have none. 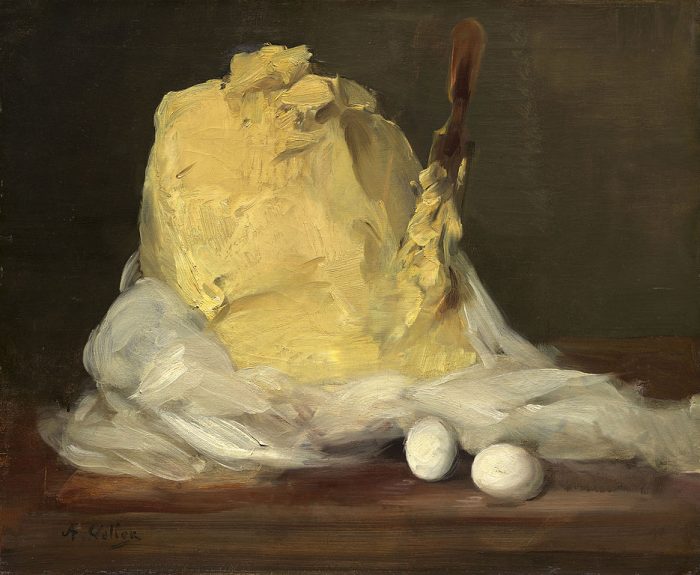 And what to do when one has all the butter?

The superstition doesn’t outline how to deal with ill-gotten gains, grave-robbing, dry neighbour cows and butter guilt. But, Miss Eliza Leslie has ideas about what to do with that extra butter. That’s Miss Eliza Leslie of the 1859 Miss Leslie’s Behaviour Book.

As with most of these olde tyme books, one must plug one’s nose through the ‘servant’ talk and gender role expectations to get to the food content. Here, specifically, butter. And Miss Eliza Leslie makes one thing perfectly clear: good butter is for sharing with guests.

‘By-the-bye,’ she writes, ‘the use of cooking-butter should be abolished in all genteel-houses. If the butter is not good enough to eat on the surface of cold bread or on warm cakes, it is not good enough to eat in the inside of sweet cakes, or in pastry, or in any thing else; and is totally unfit to be mixed with vegetables or sauces. The use of butter is to make things taste well; if it makes them taste ill, let it be entirely omitted: for bad butter is not only unpalatable, but unwholesome.

As for stolen butter via dawn-milked cows and dead hands? Miss Eliza Leslie doesn’t address that, but she does note: ‘If, in consequence of the unexpected arrival of company, any thing for the table is borrowed of a neighbour, such as tea, coffee, butter, see that it is punctually returned; equal in quantity, and in quality; or rather superior…. “To go a-borrowing is to go a-sorrowing.” 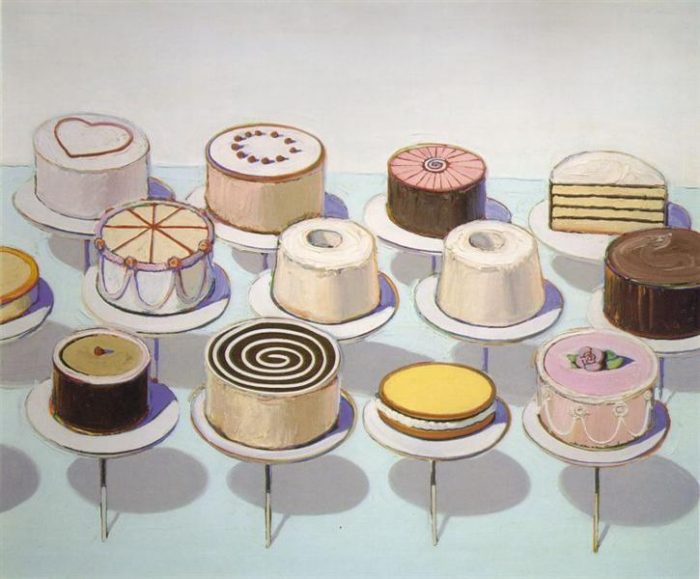 Miss Eliza Leslie does not only rule about butter. She is also credited with putting butter to use in the first noted recipe for Cupcakes in her influential 1828 Seventy-Five Receipts for Pastry, Cakes, and Sweetmeats.

Cut up the butter in the milk, and warm them slightly.
Warm also the molasses, and stir it into the milk and butter: then stir in, gradually, the sugar, and set it away to get cool.
Beat the eggs very light, and stir them into the mixture alternately with the flour.
Add the ginger and other spice, and stir the whole very hard.

Butter small tins, nearly fill them with the mixture, and bake the cakes in a moderate oven.