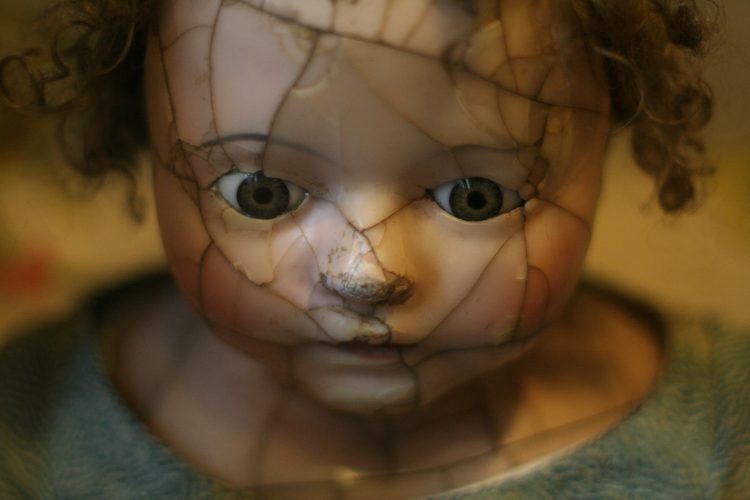 With each new open door came chatty adults – some beghouled – and new household noises, smells, and Halloween lighting. If we were lucky, friendly dogs would come bounding up to meet us. But, one key question remained: what would these strangers drop in our goodie bags?

There were the obvious duds: smiley face toothbrushes, ribbon-tied fruit, novelty pencils. Most disappointing, though, were the large form, crinkle-happy packages that were disguising candy lumps that no one in their right mind would want to eat.

What type of Halloween candy turned your frown even farther down? Which candies are least popular on All Hallow’s Eve? 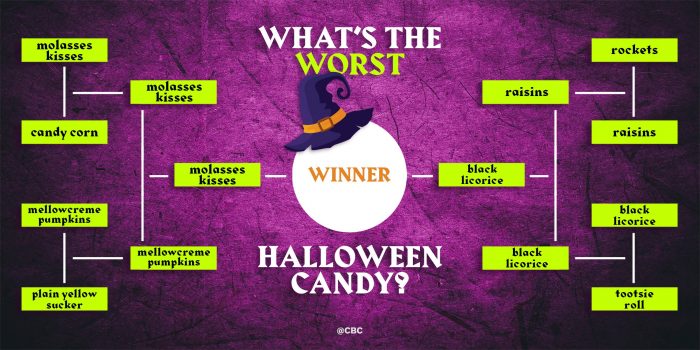 Outside of Canada, candystore.com polled 20,000 of their customers and collapsed their data with surveys from sites like Bon Appetit, Houston Press, and BuzzFeed. Their final results on the worst of the worst?