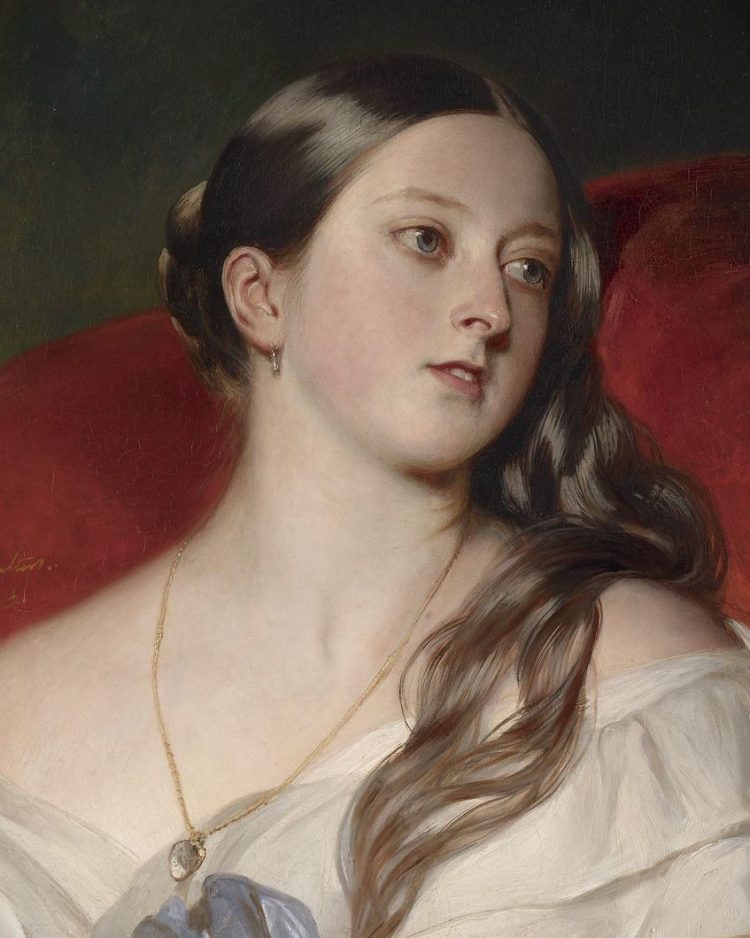 Q.
“What I want from you is your voice.” Ursula the savage Sea Witch is bargaining with Disney’s Ariel. As collateral for temporarily turning Ariel’s tail into human legs, Ursula will seize The Little Mermaid’s ethereal voice. Ariel clutches her neck while Ursula elaborates. “No more talking, singing, zip.”

To see her love-at-first-drowning-rescue human prince again, Ariel takes the deal. Ursula gets the cauldron going and, as Ariel’s throat glows in singing, the Sea Witch curls her witchy fingers, reaches into The Little Mermaid’s throat, and rips out her vocal cords.

And where does Ursula store her bloody booty? In a shell locket around her neck.

A hand-extracted, living body organ may comprise the most alarming locket contents ever, but what are some odd to alarming items that real people have stored in their lockets over the centuries?

Victorian Hair Lockets
It’s no larynx, but for those who are squeamish at the thought of other people’s cut hair, these Victorian lockets might pose a problem. To memorialize those who had passed – and to keep loved ones close to heart when off in battle – Victorians took single locks and woven clumps of these others’ hair and sealed them in lockets worn on necklaces, bracelets, and rings.

Blood, Bone, and Teeth Lockets
Angelina Jolie and her then-husband Billy Bob Thornton generated much press after describing the vial lockets they wore around their necks, each with drops of the other’s blood. They were, however, following a century’s old tradition where people carried about bits of their beloved – or allegedly from the remains of important historical figures – in amulets to protect and inspire.

Perfume Lockets
In eras with dodgy personal hygiene – the 16th Century, for instance – people wore pomander or perforated lockets with herb-studded fruits or later perfume soaked cloths to both conceal their own odors and protect their noses from the surrounding stink.

Post Mortem Photo Lockets
Sadly, also found in the Victorian era were lockets containing post-mortem photos – some in caskets, some in arranged household scenes – of those who had fallen to one of many epidemics. Prior to the tragic deaths of their loved ones, families might not have had the opportunity for formal photo portraits, which were at that time more time-consuming and costly.  These lockets were often inscribed with the initials M.M., which stood for the Latin ‘Memento Mori’, meaning ‘remember, you must die.’

Poison Locket Rings
There are ancient stories – across centuries and cultures – describing hinge and lock rings concealing poison. When the wearer came upon the soon-to-be crime scene, they could subtly flip open the ring, create a mild diversion, drop the poison into their target’s drink, and glide away as though nothing had happened.

Header: Franz Xaver Winterhalter. Queen Victoria (1819-1901). 1843.
According to The Royal Trust: ‘This pendant may be the glass heart-shaped locket containing a lock of Prince Albert’s hair which the Queen wore ‘day and night’ before her marriage.’