Q.
Why do people talk about ‘spilling the tea’ when they are gossiping or revealing hidden truths?

A.
It’s an expression popularized by black drag culture, according to Merriam Webster Dictionary. The ‘T’ that was being spilled could also stand for ‘Truth’, as evidenced in an interview with The Lady Chablis, a well-known transgender performer from Savannah who passed in 2016.

As we see in MW Online:

“Your T?”
“Yeah, my T. My thing, my business, what’s goin’ on in my life.”
Lady Chablis quoted in Midnight in the Garden of Good and Evil, John Berendt, 1994

The link between spilled tea and spilled secrets also has roots in old British superstition. Word had it that if you spilled tea out of a spout while walking, a deep secret would be revealed. In 19th Century Britain, on the other hand, it was considered good luck to spill un-seeped tea leaves. So much so, that some home-dwellers sprinkled tea leaves on their front porches to scare away evil spirits.

With tea being an ancient staple across so many cultures, it is at the root of a number of beliefs.

In the 2011 Ancient Art of Tea, we learn about Hu Zai’s ‘Three Don’t Pours’, captured originally in Collected Sayings of the Hidden Fisherman of Tiao River. No good will come if one tries to serve tea under these conditions. 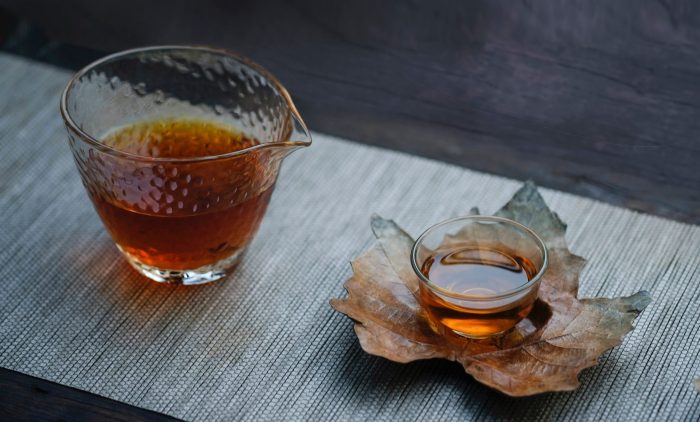 Travel from country to country and you’ll add to the list of Ancient Tea Superstitions.

i. To invite good fortune into a new home, first brew tea in a pot.

iii. If you forget to put the lid on the pot while the tea steeps, a stranger will soon visit. Might be a crabby stranger too.

iv. Do not stir the tea in the pot unless you want to stir up trouble.

vi. Does the tea look strong? Add honey and get ready to make a new friend.

vii. If a woman says: “Shall I Be Mother?” whilst pouring tea for a female friend, she will become a mother that year (Yes, really. This was a real superstition.)

viii. Great life changes await two women who pour from the same pot. It could be red-headed babies or, alternately, bad luck for both.

ix. Use only a spoon to stir your tea if you want to stay safe.

x. Don’t put two spoons on one person’s saucer or they will marry twice. 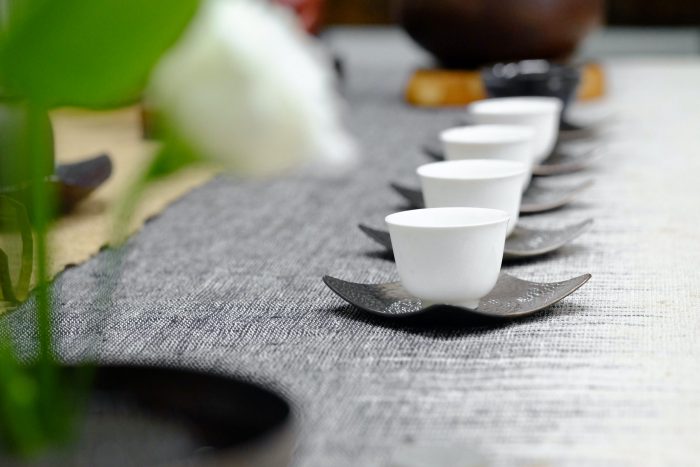 xi. If you find a hard, woody stalk floating to the top of your tea, a male visitor will soon come knocking.

xii. With a soft, floating stalk comes a female visitor.

xiii. If a stalk of tea floats upright in the cup, you’re lucky.

xiv. A visitor will arrive from the direction in which the stalk falls into your cup.

xvii. Bubbles that stick to the side of your cup foretell a kiss.

xviii. Speaking of romance: if you tea-enhance, put the sugar in before the milk if you want a happy love life.

xix. If some sugar is still clinging to the bottom of your cup after you’ve finished the tea, you have a secret admirer.

xx. And then there’s Tasseography, or the reading of tea leaves. Once most of the tea has been sipped – in a white porcelain cup – the residual tea leaves are analyzed for their significance. A big clump of leaves signals impending wealth. If the tea leaves form a discernible shape, these hieroglyphs can be telling. Sample shapes and their alleged meanings include: