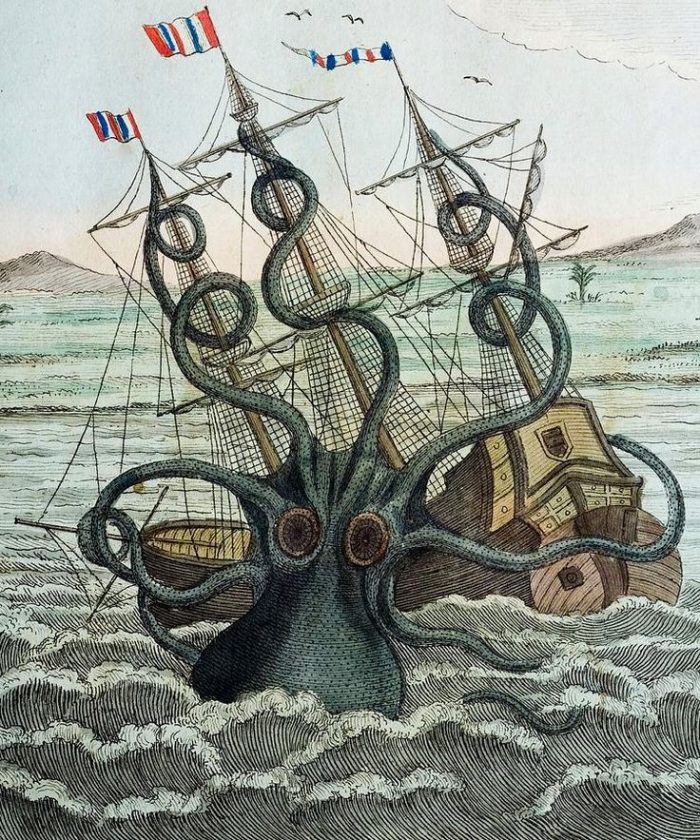 A.
Thanks to the Seattle Hockey naming czars, that Kraken is getting even more attention. As if this mythical, massive Norwegian sea creature wasn’t already lording its pop-culture prominence over Jörmungandr, Six-Headed Scylla, Lernean Hydra, and all the other mythological sea monsters. We’ve seen Kraken in video games, comic books, TV and film, poetry and fantasy fiction. And now a Kraken is subsuming an entire National Hockey League team.

Author, bishop and historian Erik Ludvigsen Pontoppidan offered detailed descriptions of a Kraken in his 1752 book: The Natural History of Norway.

Pontoppidan introduced ‘the third and incontestably the largest sea-monster in the world’ in a Chapter 8 entitled: ‘Concerning certain Sea-monsters, or strange and uncommon Sea-animals.’ After detailed musings on mermen, mermaids and giant sea-snakes, we discover that the Kraken is ‘round, flat, and full of arms, branches.’

We learn of fishermen who ‘take to their oars, and get away as fast as they can’ when they sense the Kraken coming to the surface. The creature’s back is said to be ‘about an English mile and a half in circumference.’

Later biologists suggest that these Kraken might actually be three or four hundred pound squid (much less terrifying). Meanwhile, Pontoppidan continues: ’Several bright points or horns appear, which grow thicker and thicker the higher they rise above the surface of the water’

Don’t relax, Pontoppidan warns, if you see the kraken retreating back into the water. ‘The motion of his sinking causes such a swell in the sea, and such an eddy or whirlpool, that it draws everything down with it.’

This 18th Century author also explains that the Kraken has a ‘strong and peculiar scent, which it can emit at certain times, and by means of which it beguiles and draws other fish to come in heaps about it.’

No news is bad news when it comes to this underwater giant. As Pontoppidan writes: ‘The Kraken has never been known to do any great harm, except they have taken away the lives of those who consequently could not bring the tidings.’ 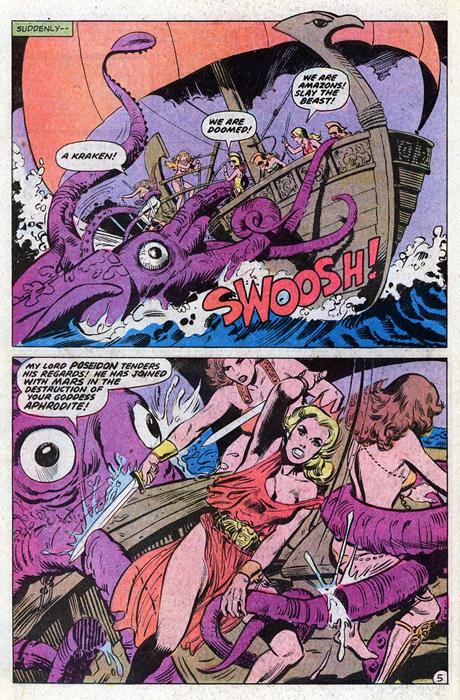 Poets as esteemed as Alfred Lord Tennyson wrote about this creature Pontoppidan called ‘the largest and most surprising of all the animal creation.’

Below the thunders of the upper deep;
Far, far beneath in the abysmal sea,
His ancient, dreamless, uninvaded sleep
The Kraken sleepeth: faintest sunlights flee
About his shadowy sides: above him swell
Huge sponges of millennial growth and height;
And far away into the sickly light,
From many a wondrous grot and secret cell
Unnumbered and enormous polypi
Winnow with giant arms the slumbering green.
There hath he lain for ages and will lie
Battening upon huge sea-worms in his sleep,
Until the latter fire shall heat the deep;
Then once by man and angels to be seen,
In roaring he shall rise and on the surface die.

And here Sheldon Cooper has a terrifying dream about his – much put-upon, now sea-faring – best friend, Leonard, being attacked by a Kraken.