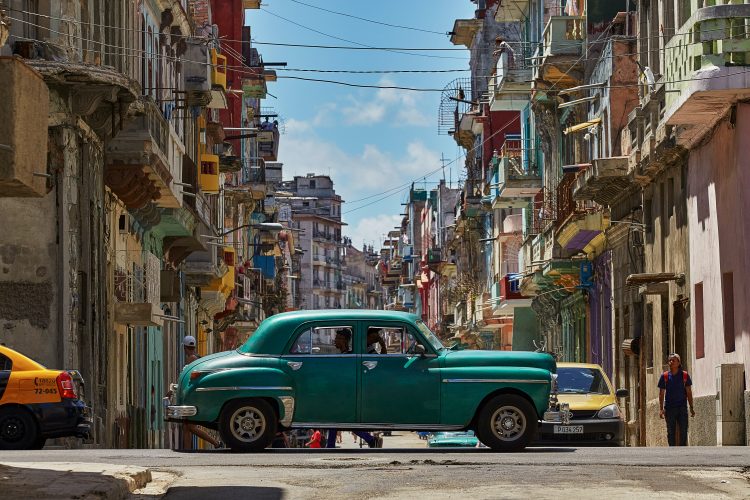 Q.
Before paint companies stormed into the colour invention business, how did some of the more unusual shades get their names?

A.
One person’s turquoise is another person’s … You’ll find much debate around the precise qualities of any one colour, but these colour circles should at least get you in the neighbourhood.

Do you dream of snorkelling in clear, greenish-blue Caribbean oceans? Your dream might come in shades of ‘aqua,’ a color name derived from the Latin word for water.

For many, the word ‘cerulean’ will conjure a most distinctive voice: that of Meryl Streep as Runway magazine editor Miranda Priestley in The ever popular Devil Wears Prada. ‘Cerulean’ gets its name from ‘caeruleus,’ a Latin word that evokes a dark sky-blue and links back to the Latin ‘caelum’ or sky. Cerulean blue was particularly popular with impressionist painters, such as Monet and Manet.

This might be one of the most confused colours around. So much so, we go back to the original (not an ad) source for our sample colour. Some mistakenly think ‘chartreuse’ refers to a velvety pink or a magenta red. In reality, chartreuse is a yellowish green. And that’s not to be confused with chartreuse yellow.

Straight up chartreuse is so named as it also describes the ‘only liqueur in the world with a completely natural green colour.’ Brewed with 130 plants by the Carthusian monks and based on a 1605 manuscript from the Maréchal d’Estrées, Chartreuse is cloaked in mystery. Only two monks alive know the secret combination of plants.

In 1840, the Carthusian monks introduced the ‘milder and sweeter’ Yellow Chartreuse. Note the (still not an ad) colour difference?

That’s not beige or ivory; that’s ecru. It’s a colour name that comes from the French word ‘écru,’ meaning ‘raw’ or ‘unbleached.’

You might have seen the similarly hued fuschia flower – Fuschia triphylla. In the 17th century, French botanist and monk Charles Plumer glimpsed said flower in the Caribbean. He named the fuchsia genus after Leonart Fuchs, a 16th Century German botanist.

It sounds like a grim organ descriptor in or on Grey’s Anatomy, but glaucous is a colour with name roots in the Old Greek ‘glaukos’, which means ‘grey’ or ‘glistening’. ‘Glaucous’ is often used in botanical books to describe the colour of leaves. Confusingly, ‘glaucous’ can also be used to describe a pale yellowy green colour.

Yes, it’s a colour. A rather depressingly rooted colour whose name links back to ‘luridus,’ a Latin word used in the 17th Century to describe skin that is mildly bruised or diseased.

This pale purple derives its name from the welcoming petals of the mallow flower.

Here’s a word you’re used to seeing related to the weathering or toning of photographs. The goal? To make new photos look like antiques. The word ‘sepia’ links back to the defensive dark secretions of the cuttlefish – aka the ‘sepia’ in Latin via the Greek –   which 19th Century painters used in their watercolours.

Over the centuries, some have tried to create a more glamourous history for this oft trendy colour. ‘Taupe’, however, is the decidedly non-trendy Old French name for the subterranean, multi-thumbed mole. The colour taupe is said to resemble the skin of these hill-building French mammals.

Titian
Renowned Venetian artist Tiziano Vecello, also known as Titian, was widely celebrated for his masterful paintings and frescoes, works like Venus of Urbino, painted in the early 1500s, or Assumption of the Virgin, painted between 1516 and 1518.

An inspiration to Rembrandt, Diego Velázquez, van Dyck and Peter Paul Rubens, Titian so excelled in the use of colour, he was granted a colour in his name. ‘Titian’ refers to the reddish brownish orangish colour that Tiziano used in painting the hair of many of his subjects, including Woman with a Mirror, painted between 1512 and 1515 and now hanging in the Louvre. 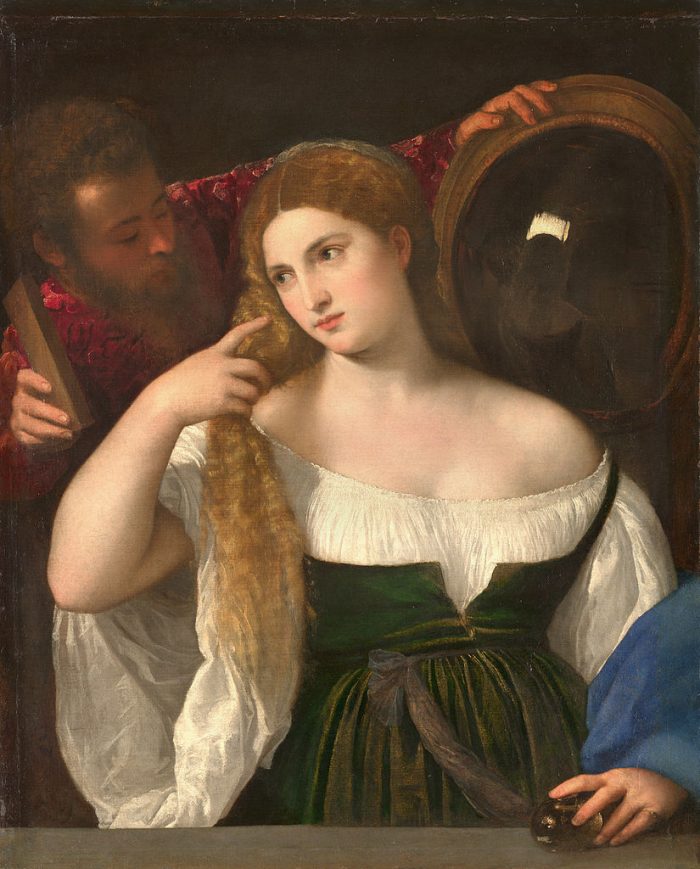 The Ancient Greeks produced this colour by suspending copper plates over boiling vinegar in leakproof containers. As the copper oxidized, it took on a greenish hue known as verdigris or ‘vert de Grece.’

Such a beautiful family of colours used by artists in ancient Rome, India, China. Not so beautiful are the name origins. The Latin word ‘vermiculus’ describes kermes or the dessicated insect bodies that were used to make a popular red dye.

Ok. A paint company invented this name. But, it’s a fun name and the colour has proven popular.